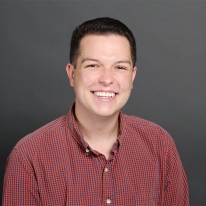 Where I am now: Fact-Checking Reporter at Poynter

When I started at the University of Georgia in 2013, I immediately knew I wanted to join The Red & Black. I remember walking from my freshman dorm to an open house in the newsroom, where I was intimidated but determined to meet the editors. I became a general assignment reporter, writing stories in between — and often during — classes. The place quickly became my life, and I worked there in almost every capacity over the course of three years.

I learned more at The Red & Black than I did at any of the internships I had while attending the University of Georgia. It’s where I learned how to write, report, take photos, edit stories, execute strategy and become a newsroom leader. It’s where I met all my best friends and made some of my favorite college memories. It’s the reason I got several internships and a fellowship in college before landing my current job at Poynter. It’s the reason I love journalism.

Thinking about The Red & Black without its financial and editorial independence is impossible. As editor-in-chief my junior year, I regularly impressed upon younger editors the importance of doggedly covering both Athens and the university. I told them about The Walkout in 2012, when, rather than ceding editorial oversight to a permanent adviser, the top student editors quit the paper in protest. I talked about how, in the 1990s, student editors sued the state of Georgia over an open records request — and won.

Those stories are important. The independence of college media isn’t granted — it’s earned every single day. It’s late nights in the newsroom writing breaking stories, cutting classes to go to press conferences and learning how to cover death and grieve simultaneously. It’s not giving up when a university official calls you on your cell phone and complains about a story, or when someone threatens a lawsuit via email. It’s doing the best work you can with precious few resources.

Support student newsrooms. Donate money. Give them clicks. Subscribe. Be loud on social media. Pressure your alma maters. Know that our mainstream press is only as good as our independent student press.